Australia has adopted the IHRA definition of Antisemitism.
In his video announcing this, the Prime Minister, Scott Morrison, highlighted  my dear friend and Litvak survivor, Phillip Maisel.
Here is the short video with the announcement:

Phillip Maisel has  just turned 99 – a survivor from Vilnius.
His book – The Keeper of Miracles, was published in time for his 99th birthday.
Phillip filmed over 1000 interviews with survivors! 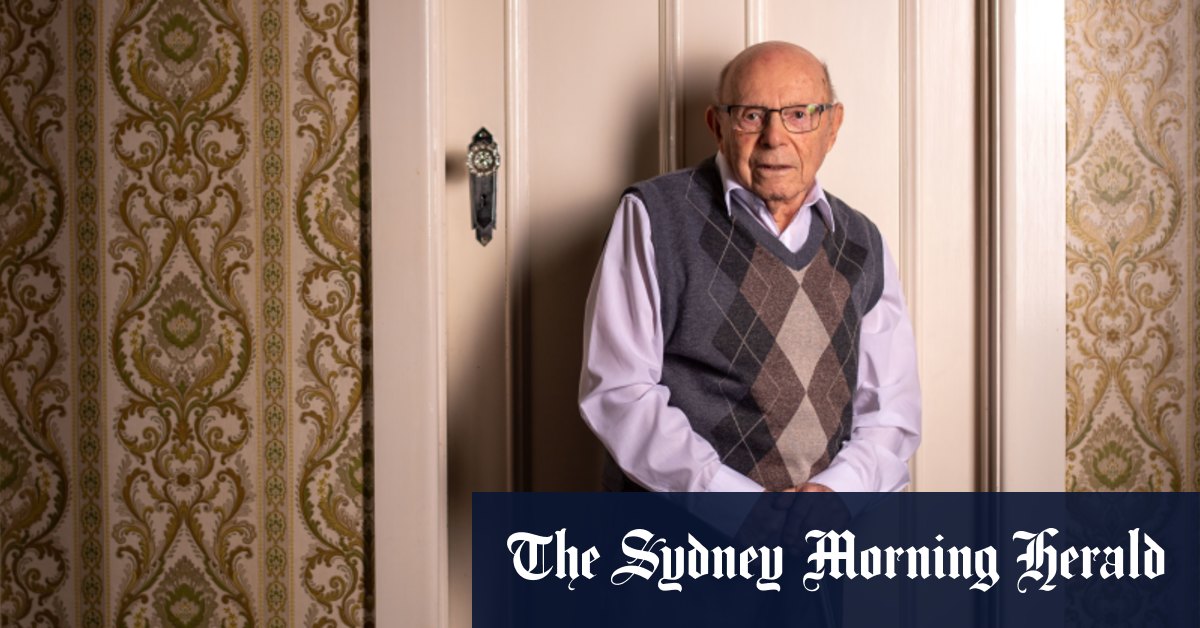 A Holocaust survivor?s lesson in optimism
Phillip Maisel thought he?d lost his twin sister during the war. Finding her again by sheer chance is just one of the things for which this (nearly) 99-year-old is thankful.
www.smh.com.au

www.youtube.com
Phillip was a friend of Hirsh Glik, the Litvak who wrote the Partisans’ Song, Zog Nit Keynmol, in 1943.
Glik was killed in Estonia in 1944.

Phillip has provided me with invaluable input for my own project – the We Are Here! Foundation.

WE ARE HERE! – For Upstanders – Founded by Eli Rabinowitz

WE ARE HERE! – For Upstanders – Founded by Eli Rabinowitz

For Upstanders – Founded by Eli Rabinowitz

Here is a short but powerful interview we did in 2017:

Why Zog Nit Keynmol is so important!

Why Zog Nit Keynmol is so important!

At most Holocaust commemorations we sing the Partisans’ Song, Zog Nit Kein’mol, composed by Hirsh Glick. Hirsh Glick was my friend, and I was privileged to be the first, together with two others, to whom Hirsh read the words of the song.

My name is Phillip Maisel. I work as a volunteer at the Jewish Holocaust Centre where I am responsible for the testimonies’ department. I am a Holocaust survivor.

In 1941 I was managing a stationery store in Vilna when the Soviet Union occupied the city. At the same time Hirshke Glick was working in a similar store. I was 19; he was 21. Both of us were members of a Soviet trade union and  we attended a compulsory weekly Communist indoctrination meetings at 8:00 pm each Thursday evening. Hirshke and I became friends, and after each meeting we would walk along the banks of the Wilia River where Hirshke, already well known for his work as a poet, would discuss his poetry with me.

The two of us were young, and wanted to build a new world.

Hirshke was a very interesting person. He was quiet, dreamy and always very introspective. He told me that he would compose complete poems in his head, as it were, and write them down only when they were finished– and then never change a single word.

In June 1941 the Germans occupied Vilna. In September they created the ghetto. In the ghetto I maintained contact with all my former trade union friends, including Hirshke. He, however, was sent to work at a camp called Rezsche, but brought back later to the Vilna ghetto after that camp was liquidated. It was then that he wrote the Partisans’ Song, Zog Nit Kein’mol.

He first read it to three of us – in a cellar located in Straszuna Street.  I was present with my sister, Bella, together with Maishke, who had been the secretary of our trade union. We sat there and Hirshke read to us in the light of a candle placed on top of a box. He subsequently read the poem to fellow members of a literary society. The tune to which he then sung the words was composed by Russian Jewish composers, Dmitri and Daniel Pokrass.

On 1 September 1943, on the first day of liquidation of Vilna Ghetto I was deported to Estonia. I was attached to a mobile garage and was working as an automotive electrician for the Germans. The workshop travelled all over Estonia.. One day we were sent to a camp – Goldfilz – where I stayed for two nights and where Hirsh Glick was imprisoned. Even in camp he was respected as a poet. When we met, the first question I asked Hirsh was: “How can I help you?”  His response was: “I need freedom.” When I replied that unfortunately I could not give him freedom, he asked me if I could by any chance give him a spoon. In camp, a spoon was a treasure. It enabled him to eat his soup, the main meal in the camp. I gave him my spoon which had a sharpened handle and which could serve as a knife.

During his captivity Hirsh continued to compose songs and poems.  His death, however, was always shrouded in mystery. The historical records state that, In July 1944, with the Soviet Army approaching, Glick escaped, that he was never heard from again, and that it was presumed he had been captured and executed by the Germans, reportedly in August 1944. However, as a volunteer at the Jewish Holocaust Centre where I record Holocaust survivors’ testimonies, I interviewed a Mr Samuel Drabkin in 1993. He told me that he and his four brothers were in the camp with Hirshka. He described to me in detail how Hirshka perished. One night, he said, while returning from work to the camp, Hirsh and his fellow prisoners, among them Samuel Drabkin and his four brothers, noticed that there was a hive of activity in the camp and the Camp Commandant was drunk. Forty prisoners, including Hirsh Glick, entered a toilet block, climbed through the window, broke through the camp’s wire enclosure and escaped.  Estonian guards fired at them, and of the 40 escapees, only 14 survived. Hirsh Glick, however, did not survive: Mr Drabkin’s brother saw him shot and killed.

It has been said that Hirsh Glick wrote the Partisans’ Song while the Warsaw Ghetto uprising was taking place. I believe, however, that the song was actually written for a specific partisan – a young Jewish partisan girl with whom Hirshke was in love. But no matter. Hirshke’s song – the Partizaner Lid – sung so long ago  by Jews in the Vilna ghetto, has become the anthem of those of us who have survived the Shoah.

Zog Nit Kein’mol – es vet a poyk ton undzer trot: mir zaynen do! “Our step beats out the message: we are here!”